The extra Three of Cups card in The Mythical Creatures Tarot 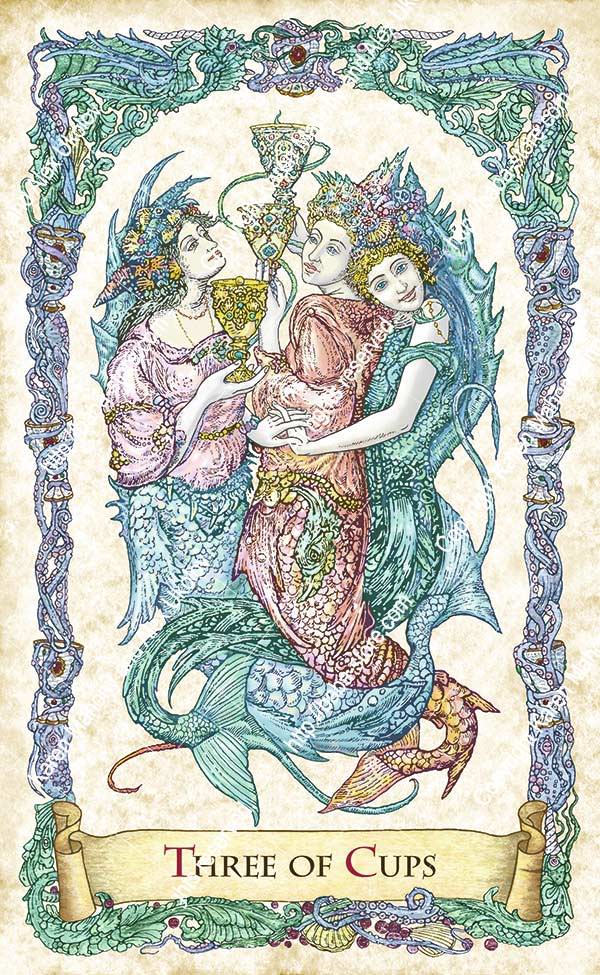 The extra Three of Cups card in The Mythical Creatures Tarot

We've been asked a few times about the Three of Cups card that we have been including as an extra in the deck.

There is an interesting story to this beautiful image. Originally we intended The Mythical Creatures Tarot to be have scenic, RWS-style Minors. The Three of Cups that you see here was one of the first of the Minors that we designed - and turned out to be the last!

Our artist, Elena, found the project very demanding, and so after ten years (no, really!) we realised that asking her to do scenic cards for all the Minors, would mean that there was little chance the deck would ever be finished. That's when we decided to change to a decorative, but not scenic, style for the Majors - which now became more like Marseilles pips.

However, we found this image so beautiful that we really couldn't bear to waste it. So it was added as an extra gift to the deck (to use or to display) - our way of saying that we do appreciate our community of followers.

From time to time we have bags that we make with a print of this gorgeous image - you can find these HERE.

Enter your email and receive 10% off your first order.

Bohemian Cats' Theatre Tarot - 2024 deck. Pre-orders will open in 2024. NOT YET AVAILABLE. PLEASE DON'T ATTEMPT TO BUY THIS.

Changes in the new edition of The Victorian Romantic Tarot

What we're working on at BabaBarock